How to set up Voice Commands via Siri Shortcuts

Step-by-step instructions on how to set up voice commands for triggering Keymitt devices via Siri Shortcuts with the use of Webhooks.

Written by Mary
Updated over a week ago

IMPORTANT: Webhooks get triggered when sent via most messaging Apps (e.g. Whatsapp) because they are being called in the background to show you a preview. So please copy and paste it directly into Siri/IFTTT to avoid leaking it like so, and as a consequence being triggered at random times. If you did share a webhook as described, please regenerate it and redo your setup.

A shortcut is a quick way to get one or more tasks done with your apps. The Shortcuts app lets you create your own shortcuts with multiple steps. For example, build a “Unlock the door” shortcut that grabs the “Unlock Hook” and runs it, making the Keymitt Smart Lock do the desired action.

You can run any shortcut that you have by asking Siri on your iPhone, iPad, iPod touch, Apple Watch, HomePod or MAC. Once set up with your account the Shortcut created will be synchronized with all the devices connected.

Setting up a Shortcut

Here is an example of how to create the voice command to execute the Unlocking Action on Keymitt Smart Lock.

Access the Shortcuts App on your device and tap the “+” symbol to create a New Shortcut. 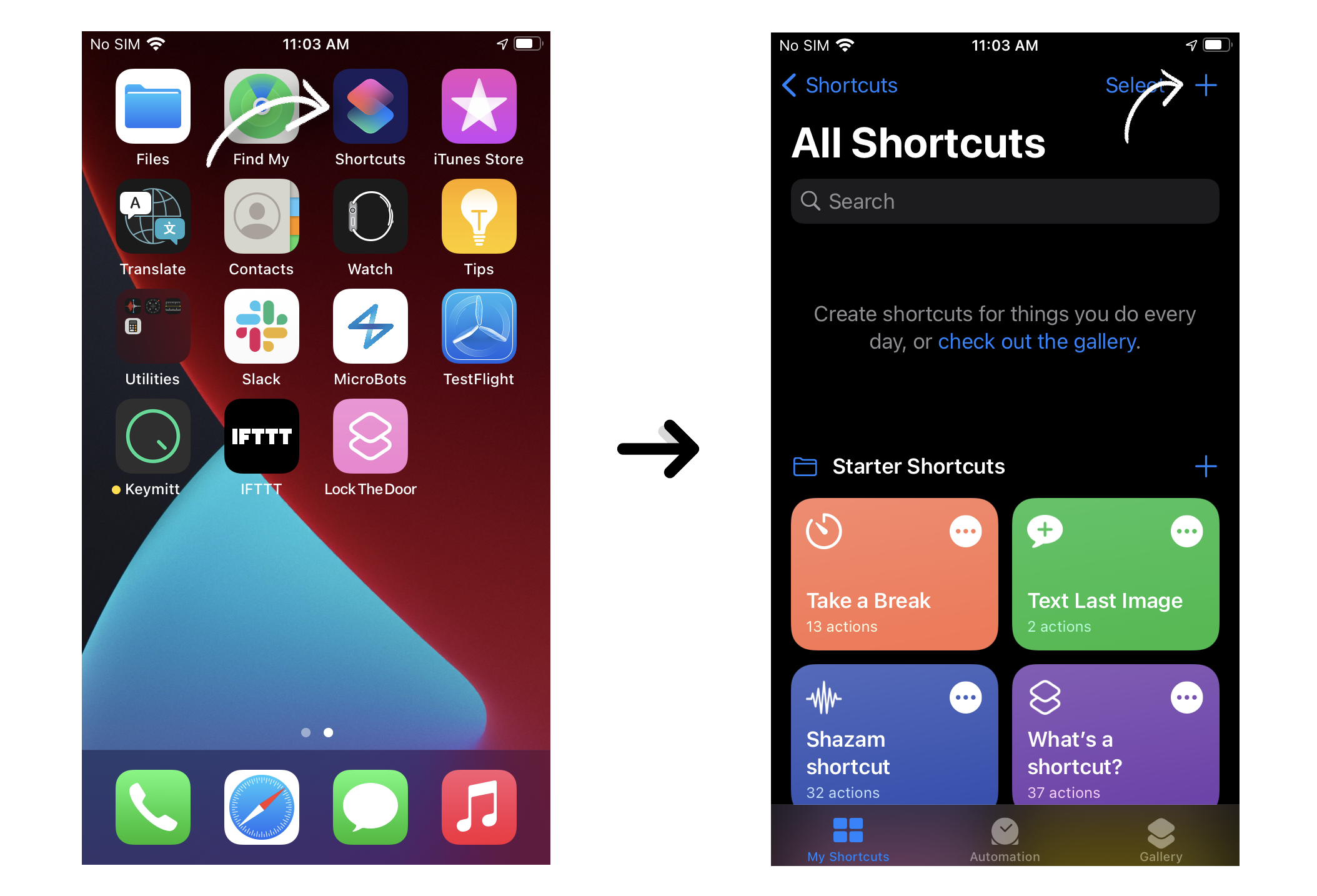 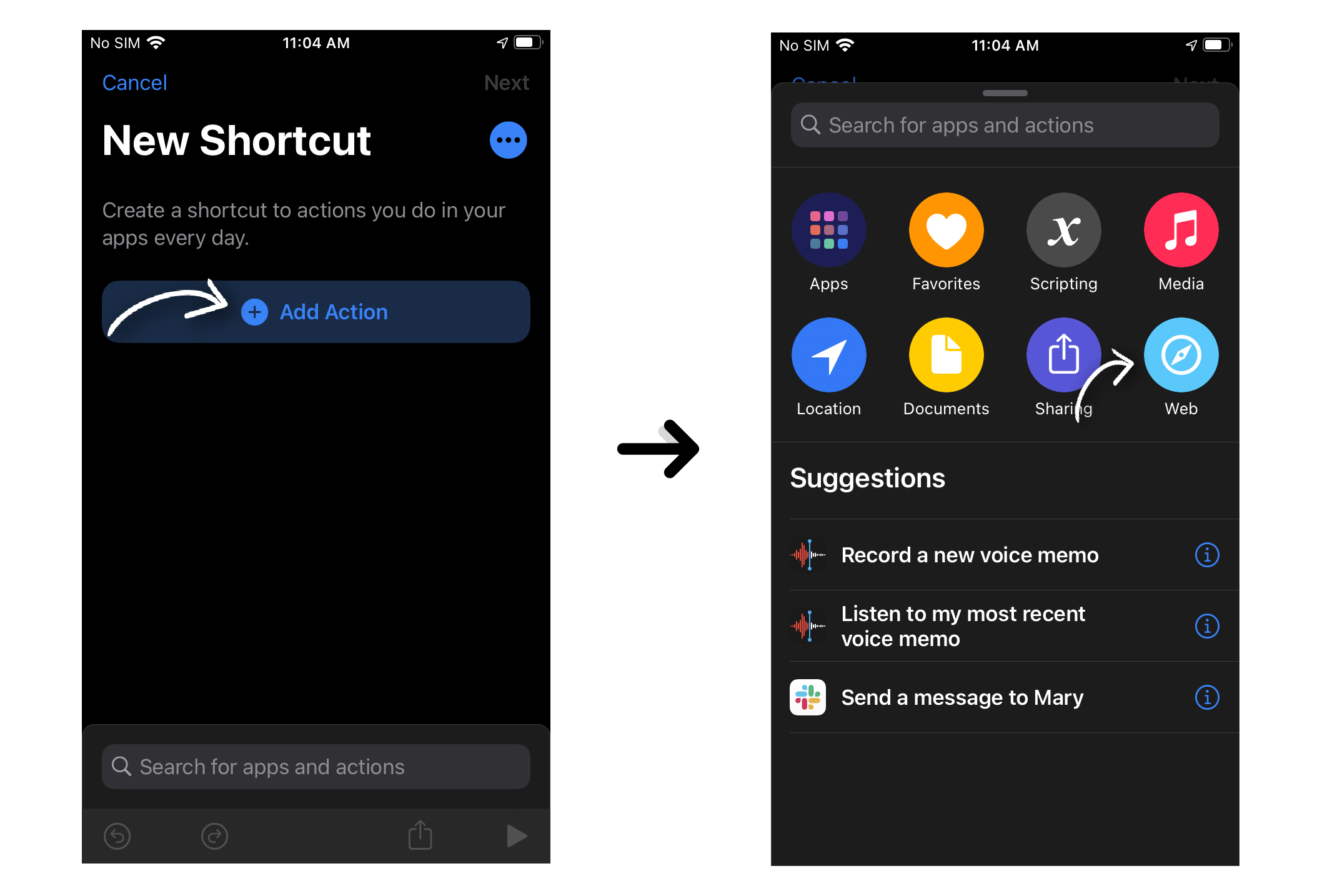 In the Web section, find the option “Get Contents of URL'' and select it. Once done, go to the Keymitt app and copy the “Unlock Webhook''. 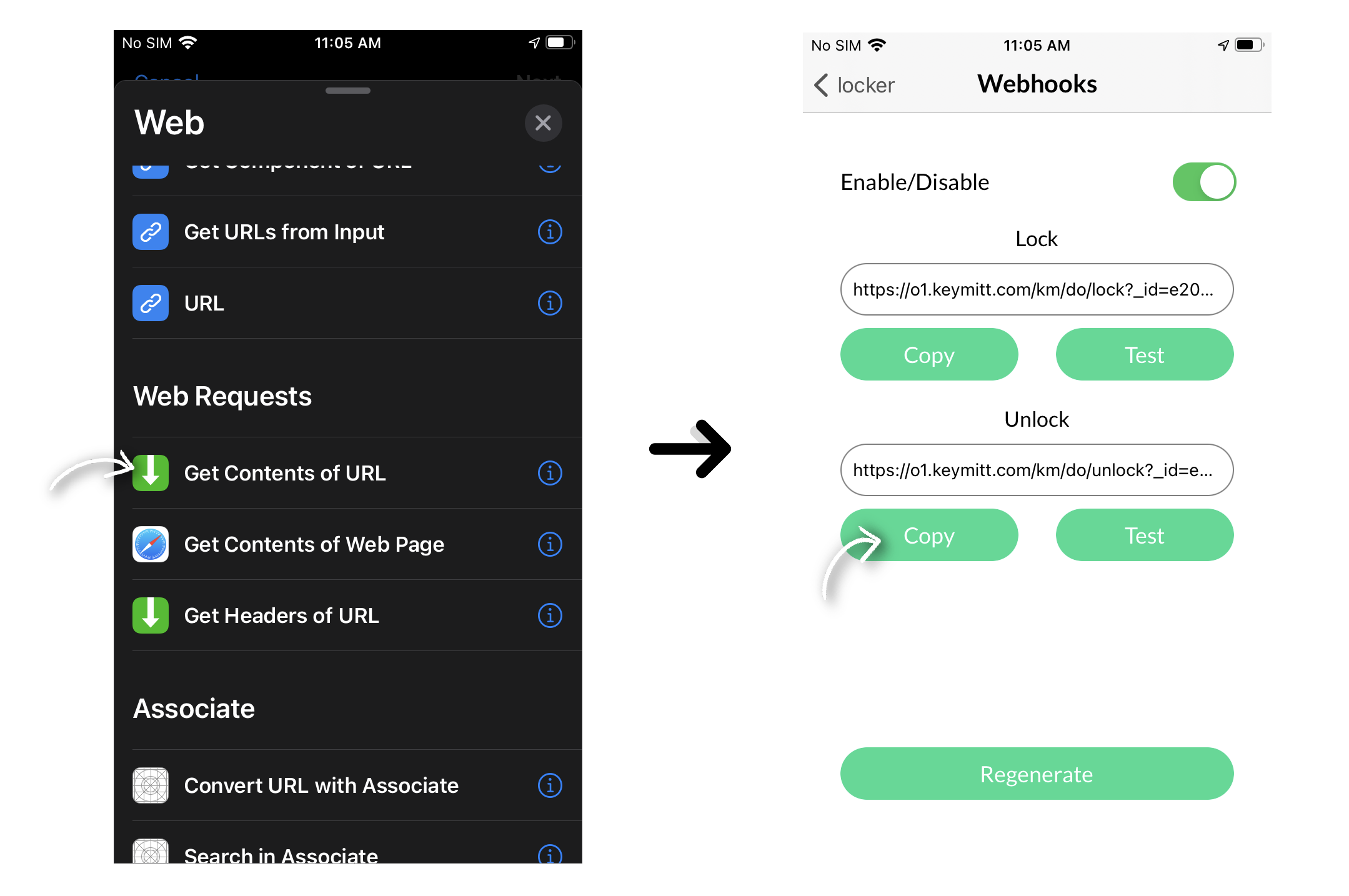 Paste the copied URL in the dedicated URL space. By default, the Method is set as "GET", if not please adjust it accordingly.

Allow the popup that appears in order for the Shortcut to be able to run the Webhook. 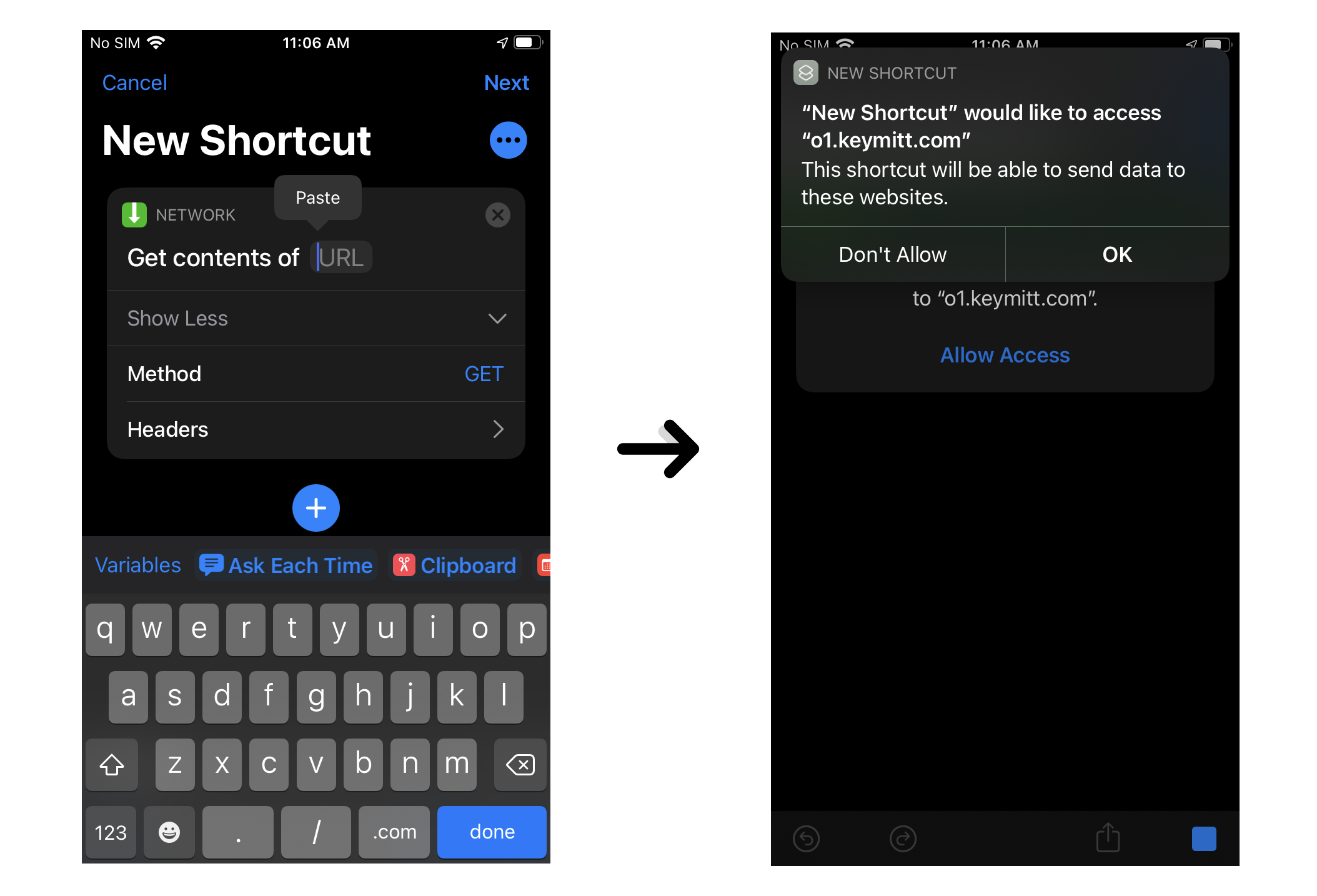 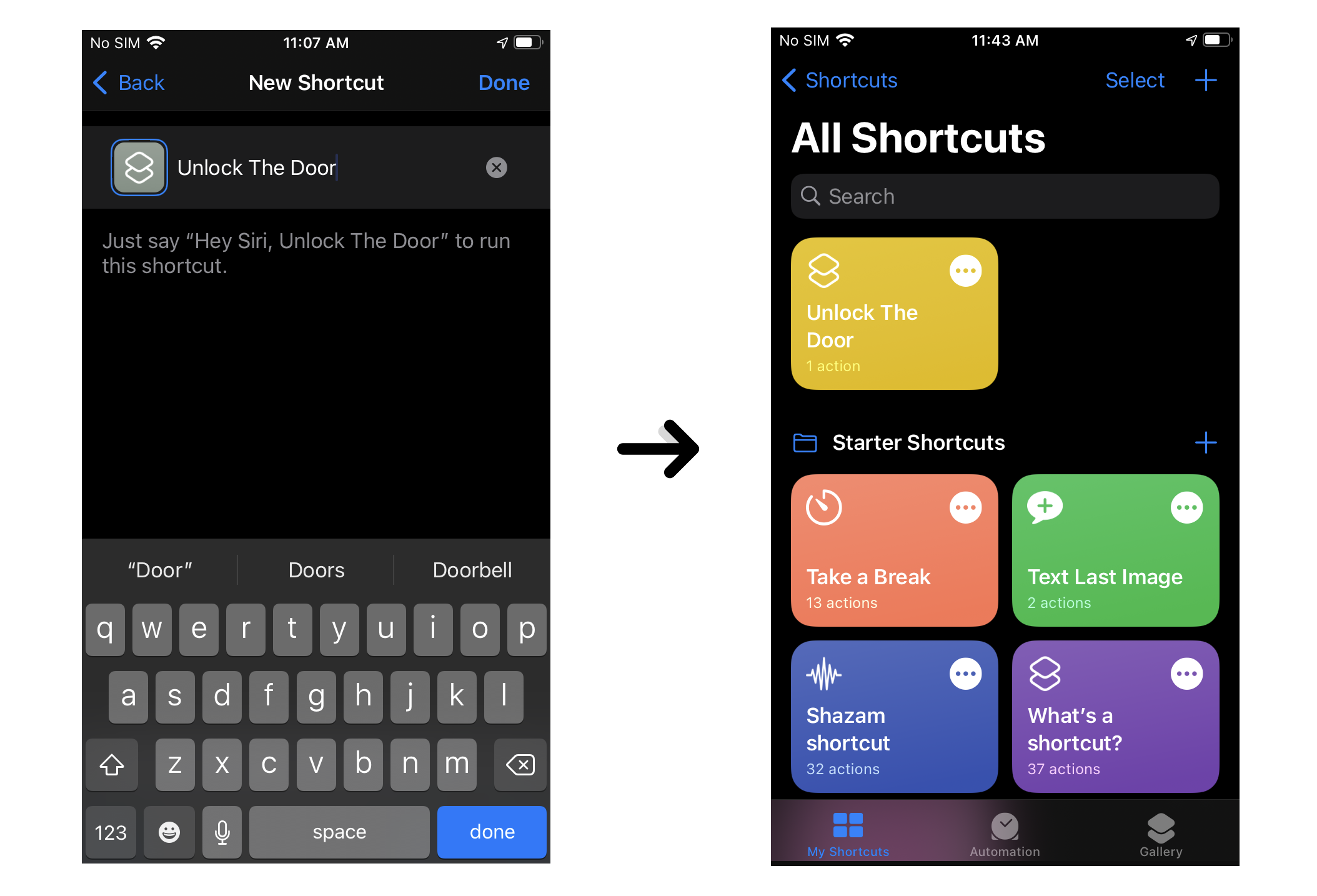 If you wish to make the Shortcut appear on the Home Screen/ Apple Watch or in a Share Sheet you can do that by going into the corresponding Shortcut Details. 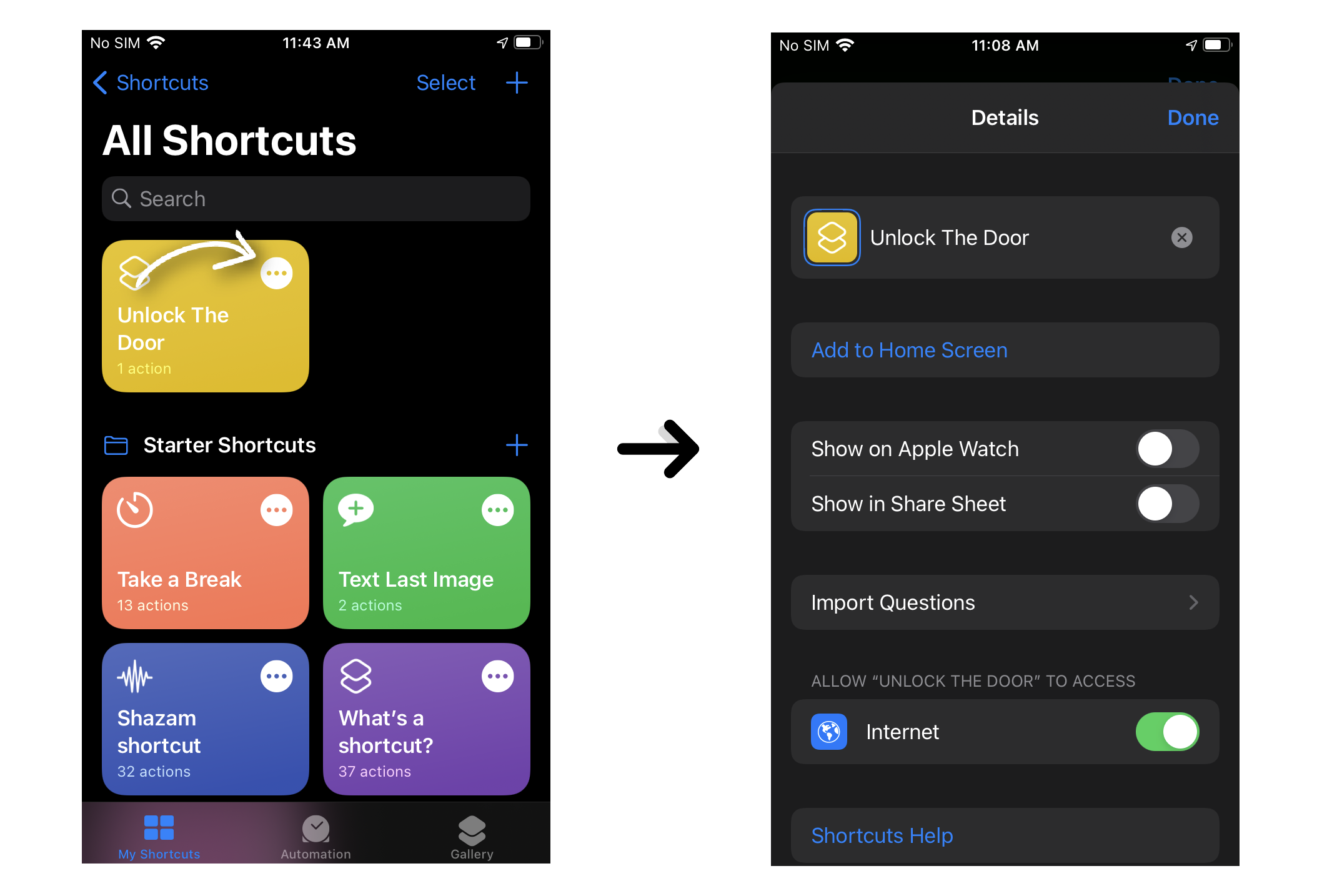 You can use the same process to set up the “Lock Hook” and all the Keymitt Push’s Webhooks.

Did this answer your question?